icknamed "The Mermaid City", Norfolk is located at the core of the Hampton Roads metropolitan area.  Norfolk is bordered to the west by the Elizabeth River and to the north by the Chesapeake Bay.  The city is home to Naval Station Norfolk, the largest Navy base in the world.  It is one of the oldest cities in Hampton Roads, and is considered to be the historic, urban, financial, and cultural center of the region.

Norfolk is home to the Virginia Opera, the Virginia Stage Company, the Virginia Symphony, the Virginia Arts Festival, Chrysler Hall, Chrysler Museum of Art, the General Douglas MacArthur Memorial, and Nauticus - the National Maritime Center.  Norfolk has been recognized as a Tree City because its neighborhoods have extensive trees and flowers.  It's also has the Norfolk Botanical Garden. 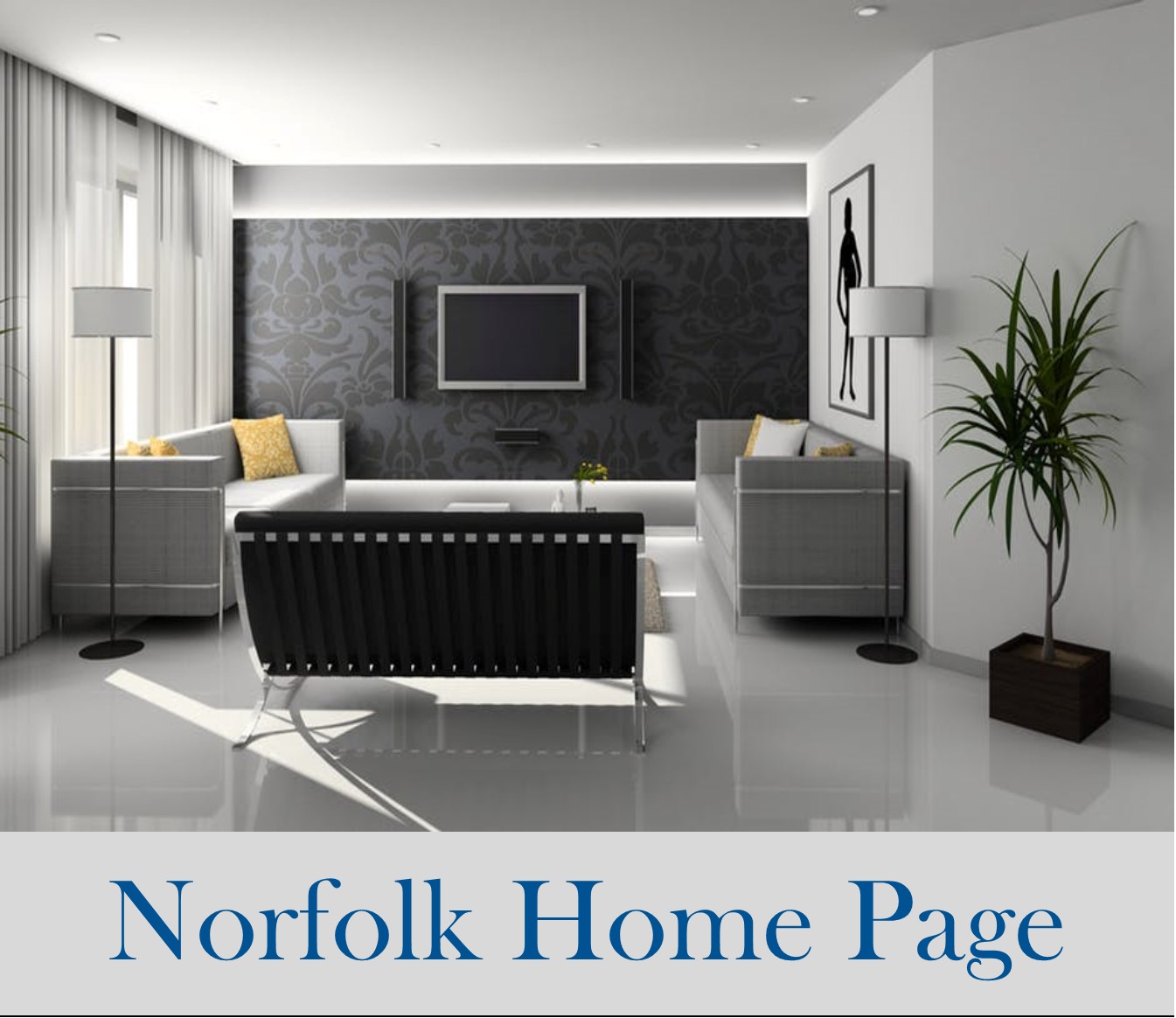 WOW! Come See This Beautifully Renovated Brick Ranch and Be Ready to Move On In! You'll Love the Spacious Kitchen with Granite Counters and Stainless Appliances, the Open...

Home is in the middle of being remodeled and conveys as-is. Cash purchase only. Some work is complete; some needs to be finished by new owner. Great location near several...

GREAT INVESTMENT INCOME PROPERTY - Looking To Invest In The Real Estate Market Or Add To Your Rental Portfolio? This Could Be The Property You Have Been Searching For. We...

This home shows very well, featuring nice sized rooms along with a large walk-in closet with a sitting area in the primary bedroom. This 3-bedroom, 2.5 bath home also fea...

All the Charm of circa 1936 classic brick Tudor with the convenience of modern renovations. Updated Eat in kitchen with custom cabinets, granite countertops and stainles...

Look what we have...Just blocks from the beautiful Chesapeake Bay and Beach! A Home with personality and charm! This house features all brand new carpets and fresh paint...

Vintage property that drinks in the Sunlight on both floors, Hardwood floors, private sitting areas, spacious rooms, some upgrades in lighting and plumbing, Windows, acce...

ALL NEW AND READY FOR YOU! Large and spacious 4-bedroom home with 3 full bathrooms on a large lot. House has everything new to include new kitchen with granite countertop...

Welcome to this adorable bungalow on Oklahoma Avenue. This home has an abundance of natural light and the enclosed porch provides additional space. The large kitchen prov...

You don't want to miss this adorable, updated home! From the covered front porch, to the cozy interior, and huge backyard with a large patio, this house has so much char...

Gated complex in Freemason offers security, ease of access & close proximity to all that Freemason and Downtown have to offer. Lovely condo offers, higher ceilings, crown...

GREAT POTENTIAL IN HISTORIC BERKLEY! MANY NEWER HOMES & OLDER AMAZING HOMES THAT HAVE BEEN RENOVATED! DETAILS INSIDE THIS HOME WON'T EVER BE REPLICATED! CUSTOM WOOD DETAI...

Located in the heart of downtown Norfolk - convenient to MacArthur Center, Waterside, the Scope, the Norva, museums, restaurants, night clubs, the light rail and a dog pa...

Well maintained all brick Cape Cod with an attached garage perfectly situated on a large lot in a highly sought-after neighborhood just blocks from the water in Norfolk....

Colley!...Near all the amenities from shopping, entertainment and great food. New flooring, paint and too many upgrades to mention. Very spacious with 3 nice size bedroom...

Welcome Home! Check out this cute bungalow in Norfolk, only minutes from downtown and ODU! This is the perfect starter home! Renovated in 2021 the home boasts a beautiful...

There’s no place like home for the holidays, and this beautiful Brick Ranch is ready with a New roof! Nestled on a corner lot in the established Ingleside neighborhood in...

This newer open floor plan home is centrally located to military bases and beaches. The open floor plan and large kitchen invites you out to the large fully fenced backya...

Meticulously maintained condo in Talbot Park. Spacious and open, full of natural light. Sophisticated loft that can be used as a media room, office or playroom. 2 huge...

DON'T MISS OUT ON THIS ONE! Charming 5 bedroom and 2 bath with over 2100 square feet of living space and a large 525 sq ft detached garage. Located in the Snug Harbor Nei...

Location, Location, location!!! Wonderfully rehabbed home centrally located in the heart of Norfolk. Minutes away from the mall and beautiful downtown Waterside. This hom...

Watch The World Go By From The Front Porch Of This Fabulous 3 Bedroom, 2 Bath Ranch On A Large Corner Lot. When You First Walk Into The Home The Living Room With Fireplac...

The perfect home is here! This 4 bedroom, 2 bath home has everything you need. The newly renovated home has a kitchen featuring stainless steel appliances, beautiful har...

WELCOME HOME! BEAUTIFULLY UPDATED CAPE COD WITH 3 BEDROOMS PLUS AN OFFICE AND 2 FULL BATHS. PRIME CORNER LOT WITH NEWLY ADDED DECK ON THE FRONT AND BACK. THIS HOME HAS SO...

THIS ONE IS STRAIGHT OUT OF HGTV! THIS 3 BEDROOM, 2 BATH IS REVAMPED AND SHEEK AND WAITING ON ITS NEW OWNER. NEW FEATURES INCLUDE NEW BATHROOMS, KITCHEN, VINYL FLOOR, BAT...

Come see this charming Cape Cod in the heart of Belvedere! With 4 bedrooms and 3 baths, this home has a lot to offer! Fully updated and upgraded so you can move in and re...

Situated on a beautiful .57 acre lot on the water and tucked away in the back of the Lake Terrace neighborhood, this spacious and all brick Cape Cod is move in ready with...

Beautiful brand-new home being built from the frame in the desired neighborhood of Haynes Tract. All will be new. Double Enforced Floor Joists. Fireblocking walls. Bedroo...

YOU’LL LOVE THIS MOVE-IN-READY, WELL-MAINTAINED COLONIAL IN THE ESTABLISHED NEIGHBORHOOD OF BULLOCK PARK ACROSS THE STREET FROM OCEANVIEW ELEMENTRY SCHOOL. BUILT IN 2013 ...