ewport News is part of the Hampton Roads metropolitan area and the fifth-most populous city in Virginia.  It is the home of Newport News Shipbuilding, the joint U.S. Air Force-U.S. Army installation at Joint Base Langley Eustis.  The city's economy is very connected to the military.  It is at the southeastern end of the Virginia Peninsula, on the northern shore of the James River extending southeast from Skiffe's Creek along many miles of waterfront to the river's mouth at Newport News Point on the harbor of Hampton Roads.  The location on the harbor and along the James River facilitates a large boating industry which can take advantage of its many miles of waterfront.  Newport News also serves as a junction between the rails and the sea with the Newport News Marine Terminals located at the East End fo the city.  Served by major east-west interstate Highway 64, it is linked to other of the cities of Hampton Roads by the circumferential Hampton Roads Beltway, which crosses the harbor on two bridge-tunnels.  Part of the Newport News/Williamsburg International Airport is in the city limits. 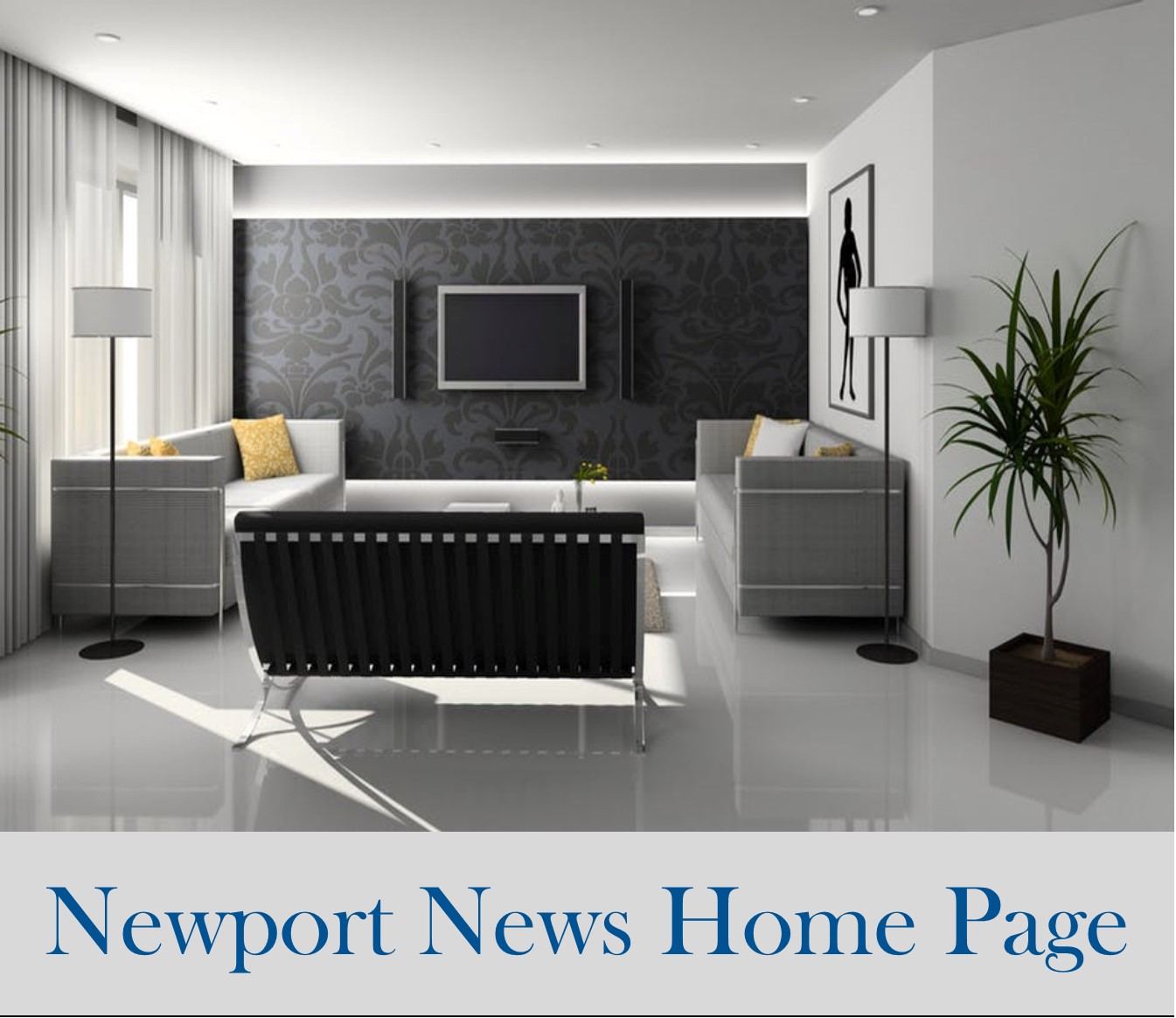 Move right into this well maintained home! This home has 3 bedrooms, 2.5 bathrooms, updated kitchen with granite counter tops and an open concept main living area with a ...

Beautiful newer home ready to move in! Enjoy modern amenities such as a tankless water heater and zoned HVAC, an open floor plan, HUGE owner's suite, tons of storage, and...

Come enjoy this wonderful home with a great flow from the front large living room area with real hard low floors leaning into the Dining area. A custom window in the dini...

Well cared for property on a fantastic corner lot in the Merry Point neighborhood. Perfect location for being near CNU, The Mariners Museum, Newport News Living Museum, T...

Welcome home! This lovely three bedroom brick ranch is nestled in the Glendale neighborhood right near CNU. Enjoy entertaining guests on the recently installed back deck ...

No need to wait 4-6 months for a new home! This one is ready now! Seller's relocation is your gain. This home is turn key and ready for you.

Quality built all brick Colonial located on a large private lot in Denbigh Plantation! Freshly painted throughout you will enjoy all the space this home provides. 4 Bedro...

Lovingly maintained & updated home in sought after Warwick on the James. You don't want to miss seeing this property that features 4BR / 2BA; 2 bedrooms & 1 bath on the ...

Looking for a home in a nice neighborhood with access to all that NN can offer? Well, look no more- this is the one. 2 bedrooms with a full bath on the 1st floor, Brand...

4 BEDROOM 2.5 BATH HOME LOCATED IN THE RICHNECK ESTATES NEIGHBORHOOD OF NEWPORT NEWS. PRE-QUALIFICATION OR POF REQUIRED WITH ALL OFFERS. PROPERTY BEING SOLD AS IS.

Beautiful and spacious 4 bedroom 2 1/2 bath home located in a cul-de-sac with lots of updates to include a new roof in 2018. A large deck for hours of entertainment with...

This is a beautiful home located on a cul-de-sac with a new roof, a recently finished addition of a first floor master suite including new master bath, a separate office ...

Don't miss out on this Stunning one floor living Ranch style with 3 bedroom/2.5 bath and a bonus room over garage New Construction home. Open floor plan with the kitchen ...

Live in this well-established neighborhood. Enjoy cooking out in the backyard. The kitchen, eating area and family room all blend together. Near Ft Eustis and a local hos...

The home is to be sold "AS IS". The Trust WILL NOT MAKE ANY REPAIRS OR UPGRADES. A copy of the November 3, 2020 Appraisal is available on site for review.

Show this one first! Well kept, modernized rancher with many upgrades including new flooring in the family room, kitchen, and bath; new cabinets and freshly painted. 2 ye...

Come home to a calm retreat close to the convenience of city living. Beautiful custom-built home with the rare opportunity to own over 2.5 acres in Newport News! This uni...

This is a beautiful, updated home, in a nice quiet neighborhood, with a convenient location close to interstate with nearby shopping and dining. Featuring a bright open k...

Corner brick rancher in Ivy Farms not to be missed! This 3 bed/1.5 bath beauty sits on a 0.34 acre lot with amazing features! Notable highlights of the home include: stai...

Looking for a ranch in an established neighborhood that is perfectly ready to move into? Want a privacy fence, a big back yard, a shed and a garage along with three bedro...

Historic Hilton Village ... a short distance to the James River and schools. No car needed to enjoy all of the shopping and dining experiences that Hilton Village has to ...