ampton is one of the seven major cities that compose Hampton Roads metropolitan area.  It is on the southeastern end of the Virginia Peninsula.  Hampton traces its history to the city's Old Point Comfort, the home of Fort Monroe for almost 400 years, which was named by the 1607 voyagers, led by Captain Christopher Newport, who first established Jamestown as an English colonial settlement.  Hampton is the home of Langley Air Force Base, NASA Langley Research Center, and the Virginia Air and Space Center.  From the new Peninsula Town Center to the Hampton Coliseum, Hampton features a wide array of business and industrial enterprises, retail and residential areas, and historical sites.

Located on the Hampton Roads Beltway, it hosts the Hampton Roads Bridge-Tunnel (HRBT) on Interstate 64.  First open in 1957, it was the world's first bridge-tunnel, crossing the mouth of the Hampton Roads harbor, which serves as the gateway to the Chesapeake Bay and the Atlantic Ocean from the eastern United States' largest ice-free harbor and its tributary rivers.  Hampton features many miles of waterfront and beaches. 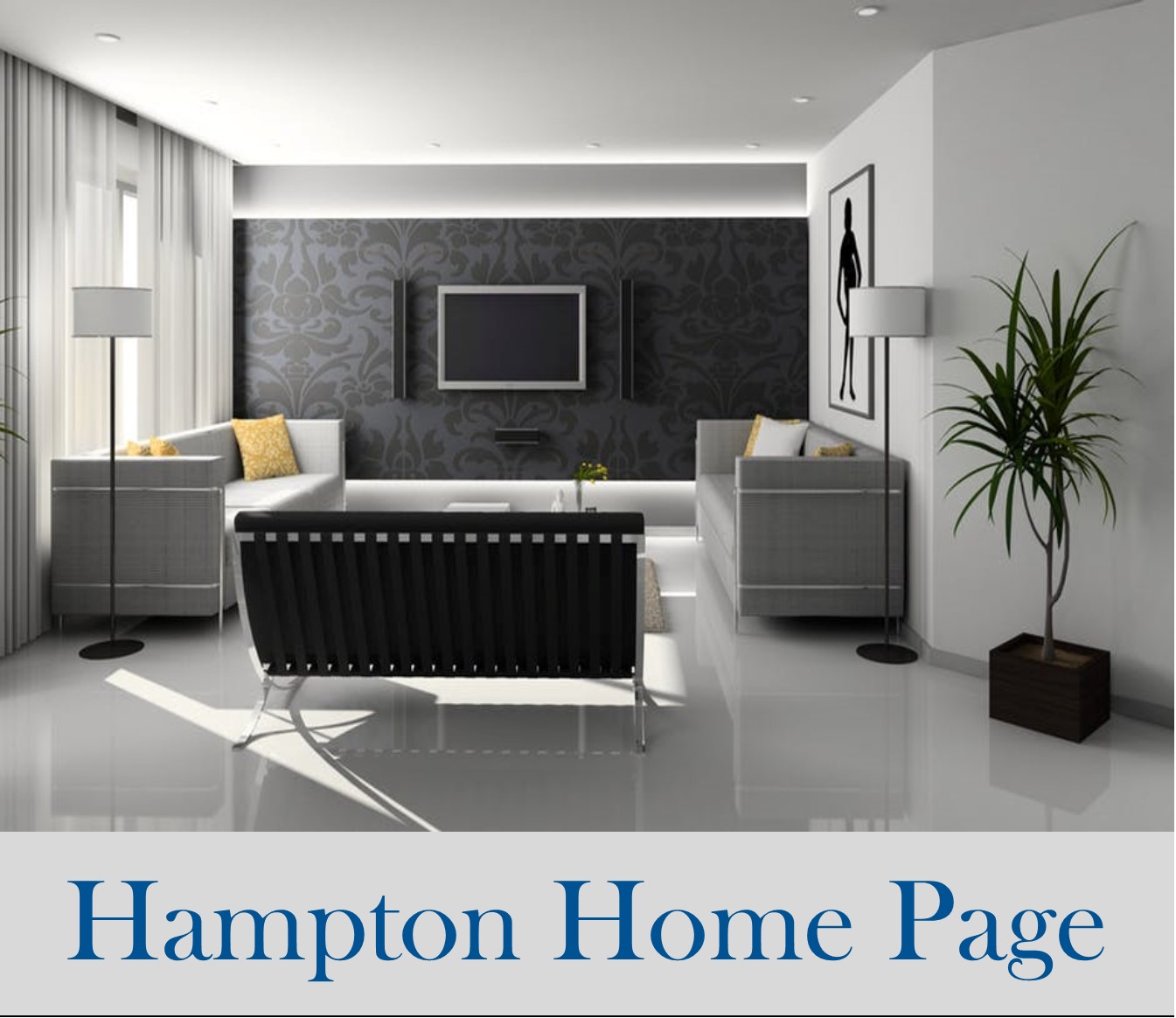 This all brick rancher will not last long. This home offers an updated kitchen with tiled floor, stainless steel appliances, and a breakfast bar with tiled top. The spac...

Charming Cape Cod-style home situated on a corner lot with an oversized front porch. This home boasts 4 bedrooms with 2 rooms down & 2 up. A first-floor primary bedroom w...

Welcome Home! 3 bed 3 full bath home nestled on the Southwest Branch Back River with adjacent lot. This property and the adjacent lot boast a new deck, a large gazebo, la...

Enjoy this cute brick Ranch in Hampton. Updated paint and laminate throughout. Recent updates to the kitchen include creating an open kitchen and newer appliances.

GREAT HOUSE ON A CORNER! ONE SIDE ON MARKHAM DRIVE, ONE SIDE ON RHONDA CIRCLE. DRIVEWAY ON EACH STREET SIDE. FAMILY ROOM MAY BE USED AS A 4TH BEDROOM, IF DESIRED. HOME HA...

Beautiful condo with tasteful (and fun) updates and upgrades. Lighting, fixtures, flooring and more has been updated. Primary Bedroom and en suite is a work of art! Enjoy...

This home really puts the "Grand View" in Grandview!!! HIGHLY sought after neighborhood, great vacation spot, or a perfect place to call home! Imagine waking up every day...

Beautiful home featuring an open floor concept 1st floor. Walk inside to find lots of natural light. The kitchen is the cook of the family dreams come true! The kitchen h...

Don’t miss out on this opportunity to live in the beautiful established Fox Hill area! Call this property home with just under 2000 sq ft and 3 good sized bedrooms! The y...

STUNNING 4 BR / 2 BATH Colonial home tucked away in the sought-after Merrimac Shores subdivision. Just off the Chesapeake Bay in Hampton, this meticulously maintained 194...

Fantastic Income Producing Property! This Adorable 3 Bedroom 1 Bath Home has a Guest Cottage out back that has 2 Bedrooms and 1 Bath. Main House has Hardwood Floors in ...

Fantastic investment opportunity! This home boasts 3 bedrooms, 2.5 bathrooms, and over 1,900 square feet. Enter into the spacious living room that leads to a dining area ...

Wonderful opportunity to own a spacious, newer home with a 1st-floor primary bedroom suite. Located on a quiet road, this home boasts an impressive 2 story foyer entry, ...

Stop the car! This adorable cape cod style home wants new owners! Conveniently located close to the heart of Hampton. You get access to all the shops, grocery stores, ent...

Don't pass this one up. Take a look you will be glad you did. Shows pride of ownership.

Welcome home to 5 Edgewater Rd! This charming 3 bedroom, 2 bathroom farmhouse in the heart of Fox Hill is recently renovated. A new roof was installed in 2019. Other upda...

What an opportunity to own a beautiful Victorian home with views of the Hampton River. So much detail in every room with original moldings, doors, floors and porch detail...

Charming rancher located in the sought after Patrician Manor neighborhood. This home has been completely remodeled top to bottom. Updated include: brand new roof, new wat...

IF YOU ACT FAST, YOU CAN BE IN YOUR NEW HOME BY CHRISTMAS! SELLER HAS HAD NEW COUNTERTOPS & BACKSPLASH INSTALLED IN THE KITCHEN. CARPET AND LVP FLOORING WAS INSTALLED IN ...

When you think of home, what story does your home tell? Does it hold precious moments laced with memories? This home does. It's been owned by the same family for over 50 ...